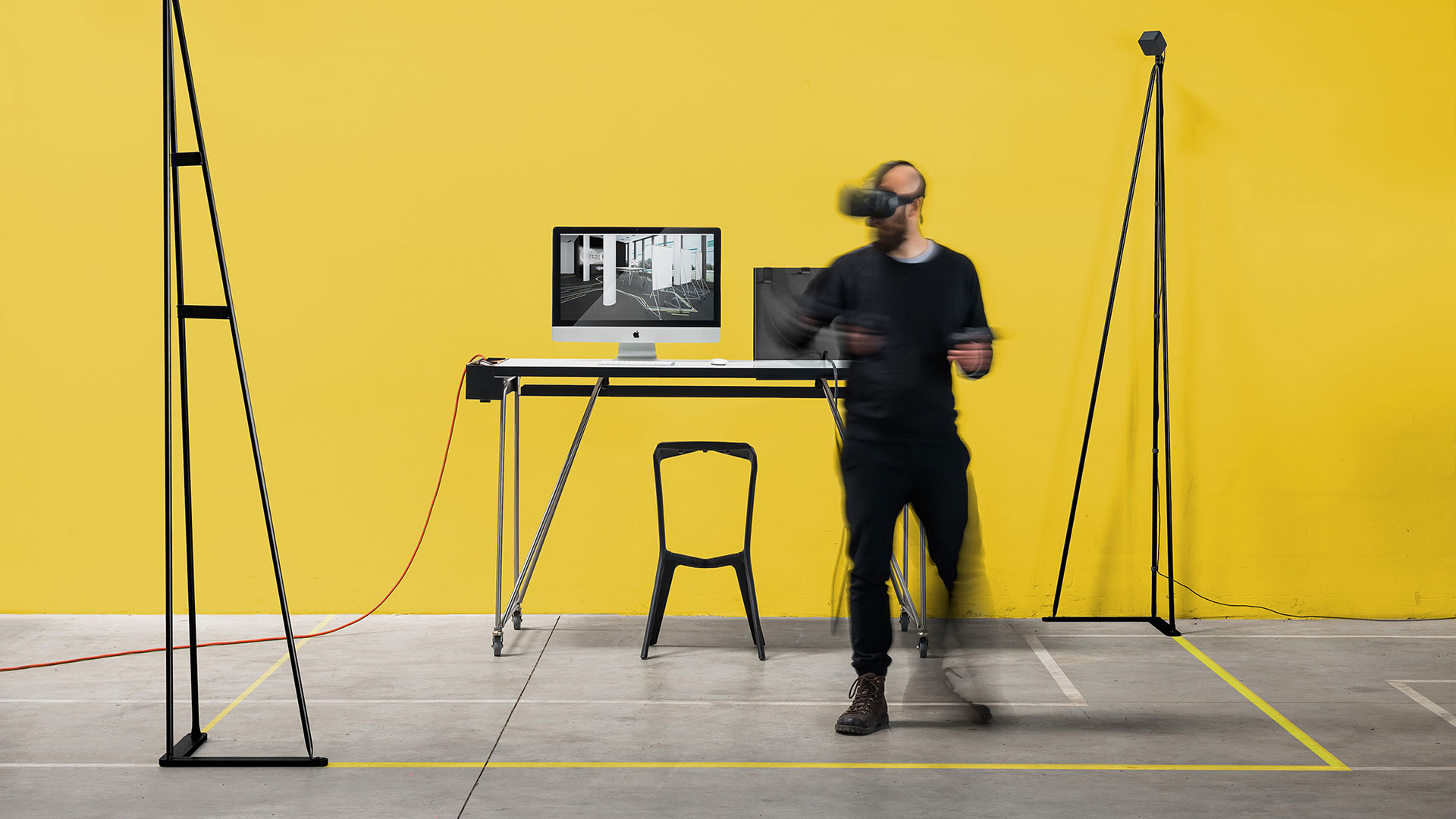 What is the working environment of the future going to look like? Thisquestion is providing food for thought for an ever growing number of sectors and businesses. We dare to take a glimpse into the future byhaving a look at a prototype workplace for developers and users of virtual and augmented reality applications. Because it is just such technologies that are rapidly gaining in importance in times of digital revolution in industry and commerce. Such technologies are already being usedin a great many areas of development, production and marketing.

Our project manager, industrial designer Anton Reinig, had already begun to form his initial ideas on the specialised needs of people working with head displays and controllers through his work on his bachelor thesis. The ‘VR Office’ that was eventually to come out of his initial insights has gone even further down the development road through a partnership with the Exozet digital agency to optimise it with the aim of improving its practicability. We will be showcasing the system in the current state of development as part of the New Work Experience event in Hamburg on 6 March 2018 (#NWX18).

The feedback from users at the show will be used as input for the next development iteration. The Exozet development team will be testing a prototype work environment by System 180 in a production environment with the aim of further refining it in collaboration with Anton Reinig. Another retrospective look at progress made so far is then planned as part of Orgatec 2018. 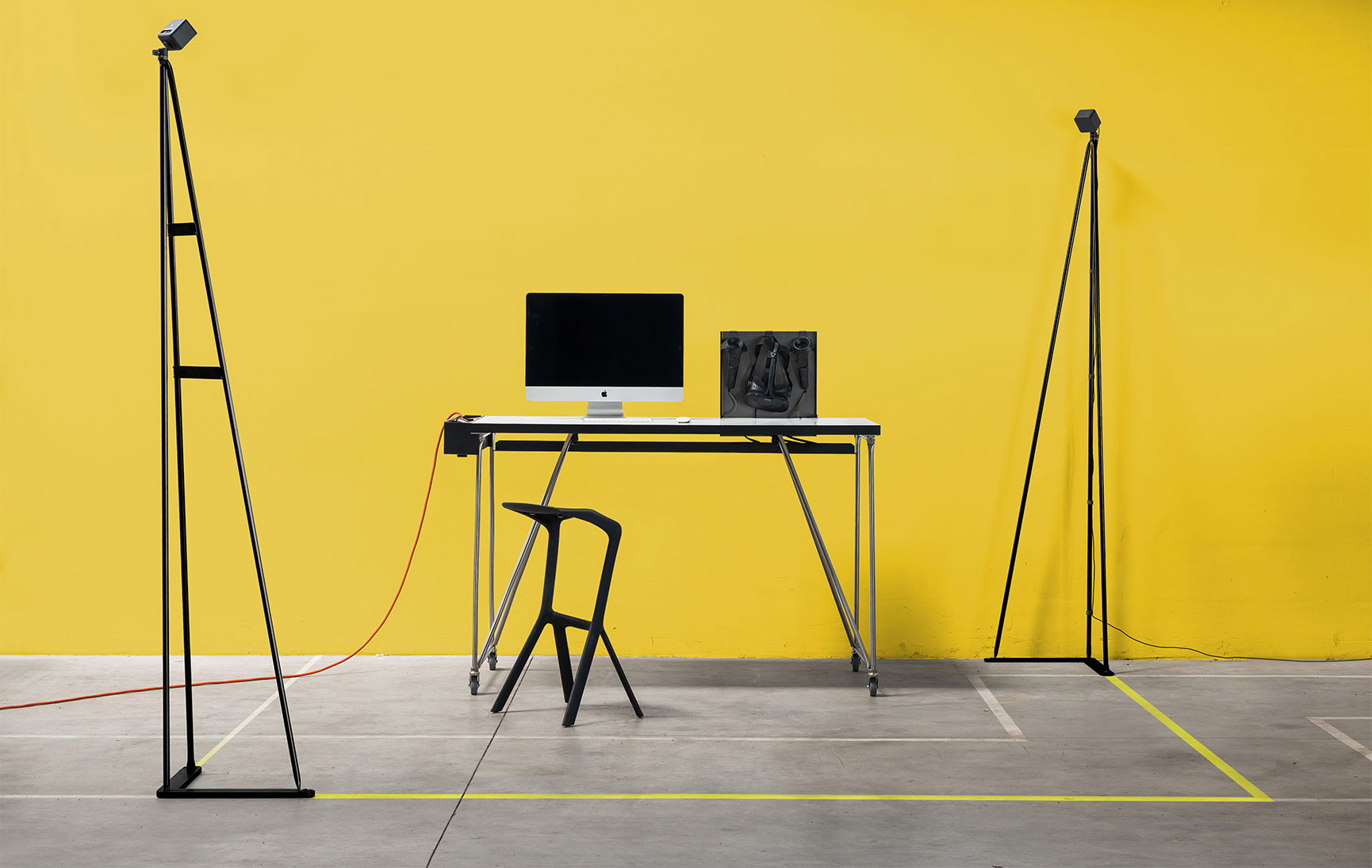